Ending this threat requires cooperation across the political spectrum and across different sectors. Free speech is not a luxury to be controlled by the powerful few. By bullying and intimidating those who speak out, the powerful are putting their own interests above the broader interests of our democracy. We won’t allow legal bullies to make “Strategic Lawsuits Against Public Participation” (SLAPPs) the new normal. To the contrary, their use of these shameless tactics strengthens our resolve to protect our rights to free speech and peaceful protest.

As most business leaders are aware, the best way to respond to criticism by civil society advocates, journalists, and the public is to engage in constructive dialogue. Participating in good faith in multi-stakeholder dialogues can result in creative, unexpected solutions, as well as a stronger social license to operate. You can help by encouraging your employer and business partners to engage with critics responsibly.

Spread the Word: SLAPPs are a Risky Business Move

Bringing a SLAPP is a risky tactic for a company to pursue. The costs are potentially enormous. In addition to the costs of unnecessary litigation, anti-free speech behavior can cause a strong public blowback against a company’s brand and reputation. It can attract the attention of lawmakers and regulators. It can scare away customers.

Even Chevron, whose SLAPP many still hold up as being successful, ended up with a $2 billion bill. (The New Yorker reported that the case could have been settled for $140 million in 2011). In May 2018, three shareholder resolutions challenged Chevron’s CEO John Watson for “materially mishandling” the situation. Watson later announced that he would be stepping down.

SLAPPs can backfire on a company, bringing more support for the victim’s cause. After facing a SLAPP from Shiva Ayyadurai, the blog TechDirt ended up raking in a huge amount of money in support of its cause. Coincidentally, Mike Masnick, TechDirt’s founder who was also a co-defendant in the lawsuit, coined the term “Streisand effect,” where attempts to silence free speech end up drawing even more attention to the issue.

SLAPPs can also obstruct all of the economic benefits that a company can obtain from information sharing. If customers or the public are afraid to provide critical feedback, then the company will lose data gathering opportunities that it can use to improve its products and services. This can make a company less resilient and responsive to changes in the market and consumer demand.

SLAPPs will exist as long as corporations and powerful individuals are willing to abuse the court system to intimidate and silence their critics. But anti-SLAPP legislation can help to reduce the threat. Anti-SLAPP legislation makes it easier for courts to dismiss these cases quickly to minimize the burden on those who have been targeted. Legislation can also impose sanctions and other costs on the SLAPP bully. This can create a strong disincentive against the use of SLAPPs.

However, to achieve its intended goal, anti-SLAPP statutes must be designed carefully. If corporations and powerful individuals are able to misuse these statutes in order to create more barriers to public interest litigation, then they have the potential to cause more harm than good.

Bipartisan support exists for anti-SLAPP legislation at the state level. In fact, some of the strongest anti-SLAPP laws on the books are in California and Texas.

Despite the prevalence of SLAPPs across the country, Congress has not enacted a federal anti-SLAPP law. Members of Congress have proposed anti-SLAPP legislation in the past. In 2015, a Republican congressman from Texas introduced the SPEAK FREE Act of 2015 (H.R. 2304), which obtained bipartisan support from 32 co-sponsors, as well as broad civil society support. However, the bill did not advance.

Unfortunately, some of the most aggressive practitioners of SLAPPs against civil society – such as the law firm Kasowitz Benson Torres LLP – have close ties to the Trump Administration, reducing the possibility for strong anti-SLAPP legislation at the federal level in the near future.

As a result, many anti-SLAPP advocates are focusing their efforts on achieving harmonized, effective anti-SLAPP laws at the state level. Currently, 26 out of 50 states have special laws that help to protect against SLAPPs and deter legal bullying. These laws will often allow the defendant to request an early dismissal of a SLAPP and recover the costs of legal defense from the SLAPP bully. In two states, judges have created narrow protections against SLAPPs in common law. 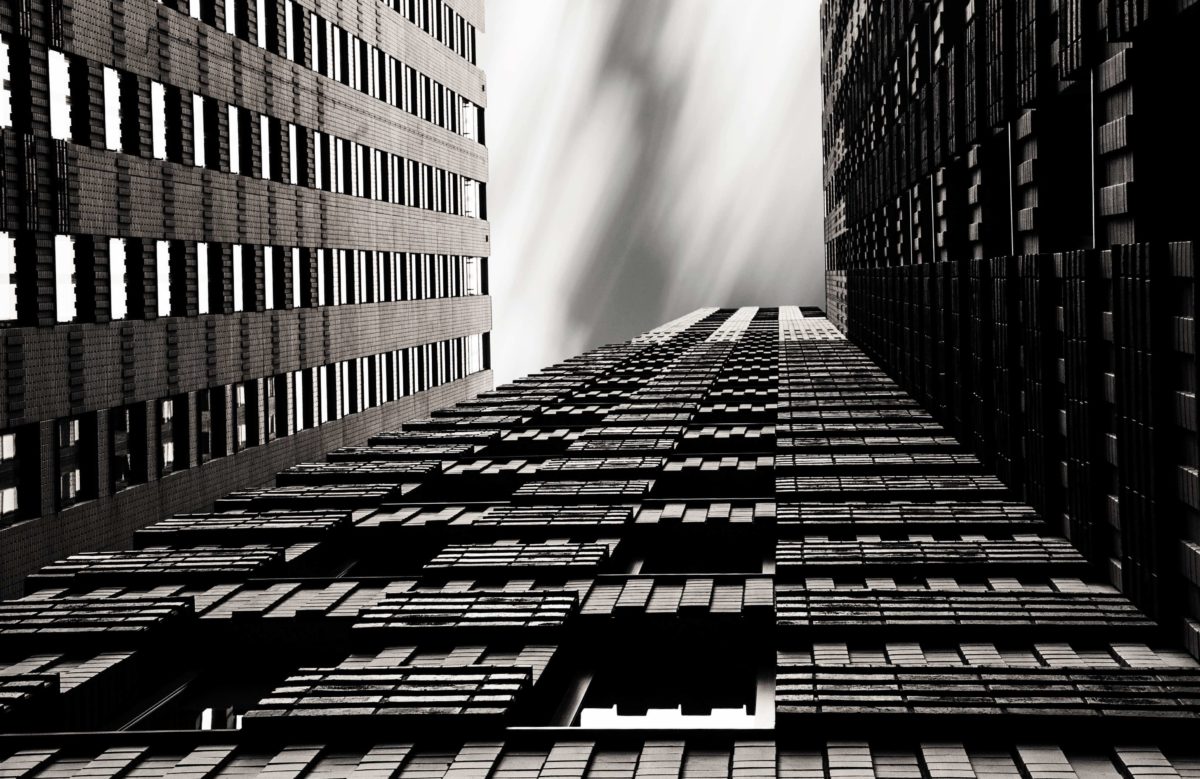 Tags: Digital, Internet, Legislation
Julio Sharp-Wasserman and Evan Mascagni analyze one of the ways that a federal anti-SLAPP law would promote free speech online: it would close loopholes in Section 230 of the Communications Decency Act (CDA 230). CDA 230 is designed to prevent a chilling effect…
Read More

A Primer on the Texas Anti-SLAPP Statute

In 2011, Gov. Rick Perry of Texas signed the Texas Citizens Participation Act, an anti-SLAPP statute. In this article on the blog SlappedInTexas.com, Laura Lee Prather–the primary advocate for this legislation–describes the details of the law.
Read More 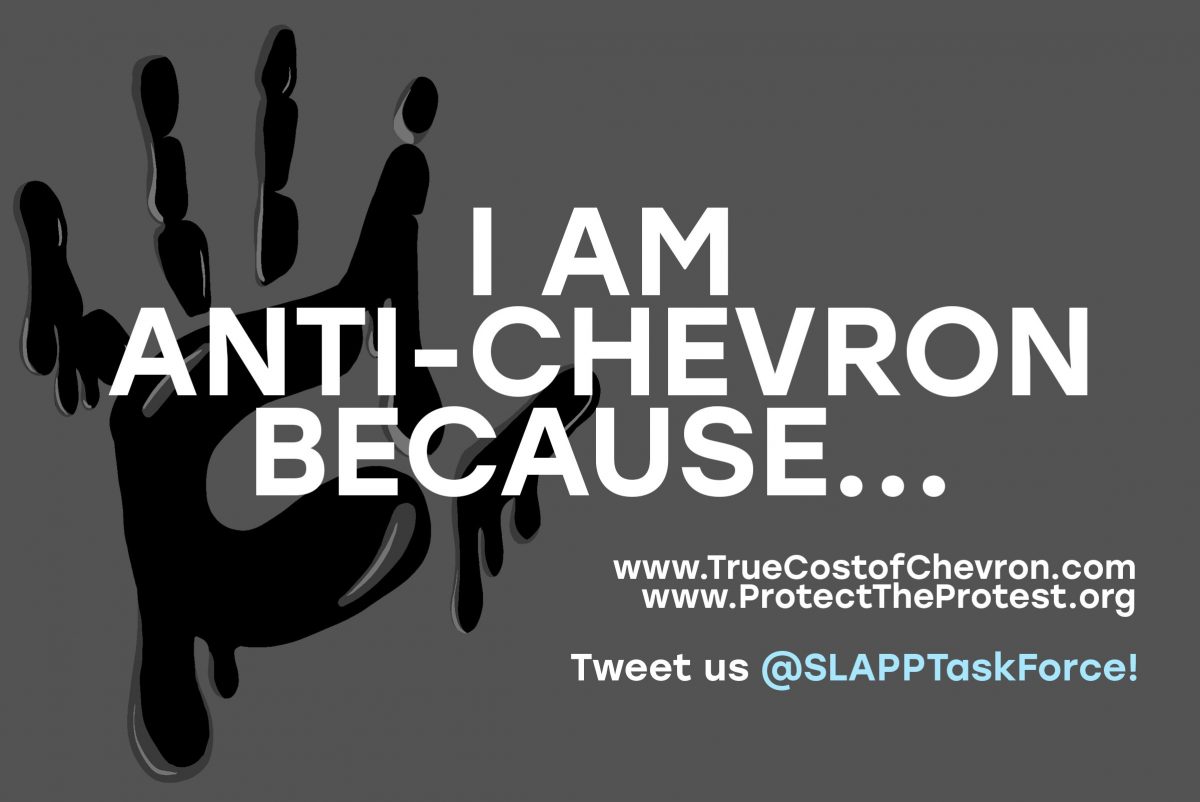 Communities Demand Accountability and an End to Chevron’s Pollution

For Immediate Release May 21, 2021 Contacts: Shoshana Wechsler at swechs@sonic.net +1.510.332.4110 Nyunt Than at nyuntthan@gmail.com +1.510.220.1323  Paul Paz y Miño at paz@amazonwatch.org +1.510.773.4635 Communities Demand Accountability and an End to Chevron’s Pollution During the 8th annual Anti-Chevron Day, affected frontline communities from around the world continue… Read More
Read More

In February 2018, the Uniform Law Commission published this compendium of states’ anti-SLAPP statutes. This document is helping to inform the Commission’s effort to develop model anti-SLAPP legislation that can be used to harmonize anti-SLAPP approaches across all 50 states.
Read More

In May 2015, Rep. Blake Farenthold (R-TX) introduced the SPEAK Free Act (H.R. 2304) in Congress, a bill to end SLAPPs. The legislation received 32 co-sponsors, as well as support from across civil society. Although it did not advance, the bill remains an important reminder that bipartisan support exists…
Read More

After President Obama signed the Consumer Protection Fairness Act in 2016, the Federal Trade Commission published this factsheet to help inform businesses about the law’s requirements. The law protects people’s ability to voice their opinions online about a business’s products and services. It is a response to a series…
Read More 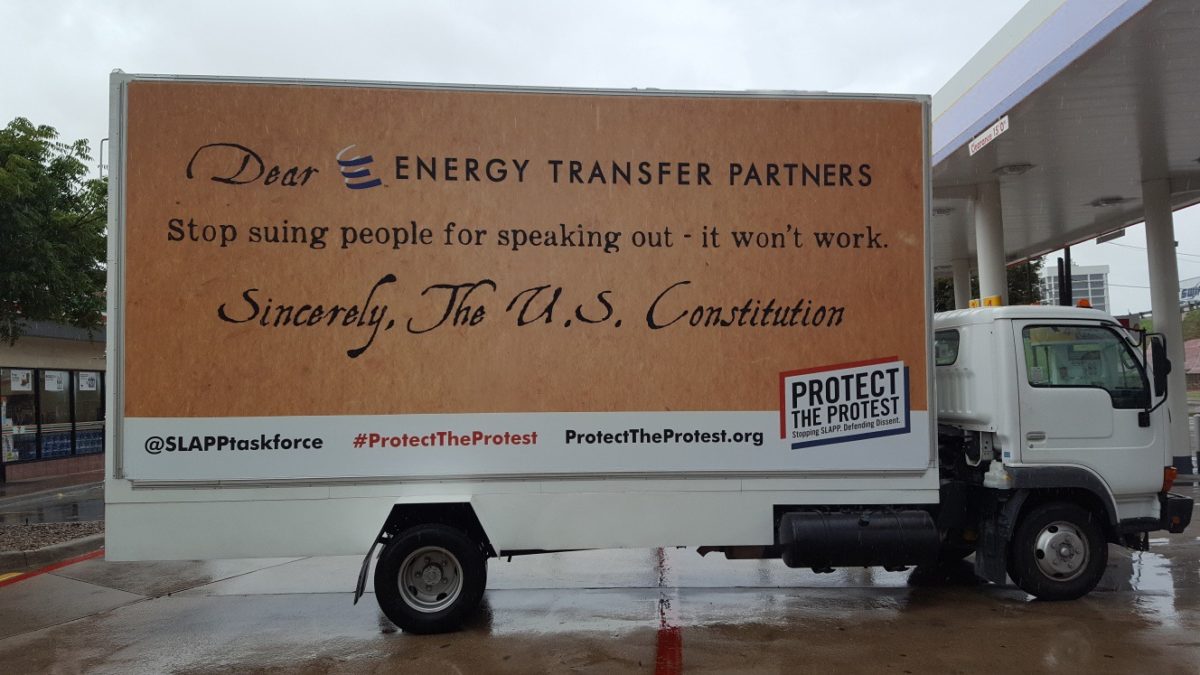 EFF: Why We Can’t Support Modifications to Texas’ Anti-SLAPP Law 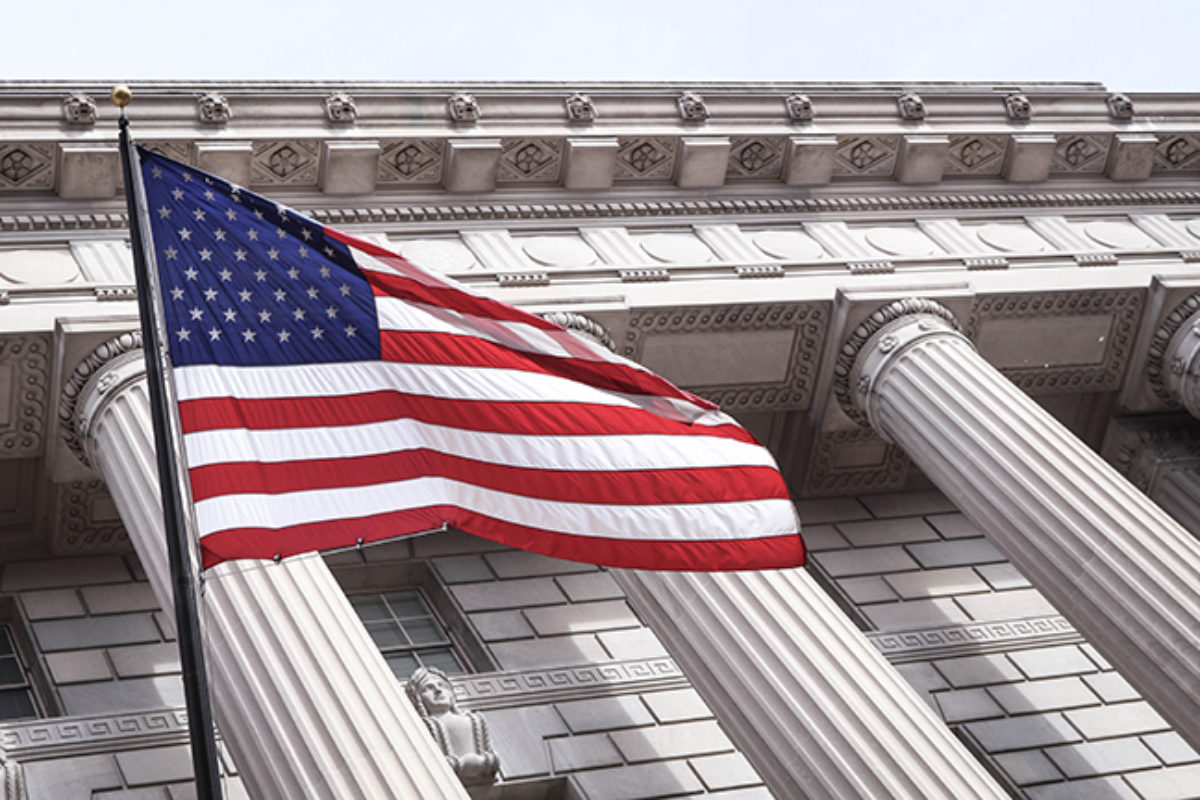 The Public Participation Project is a nonprofit organization working to pass anti-SLAPP legislation at the federal and state levels. The website contains numerous resources on anti-SLAPP legislative efforts, as well as case studies of SLAPPs across a wide range of sectors.
Read More 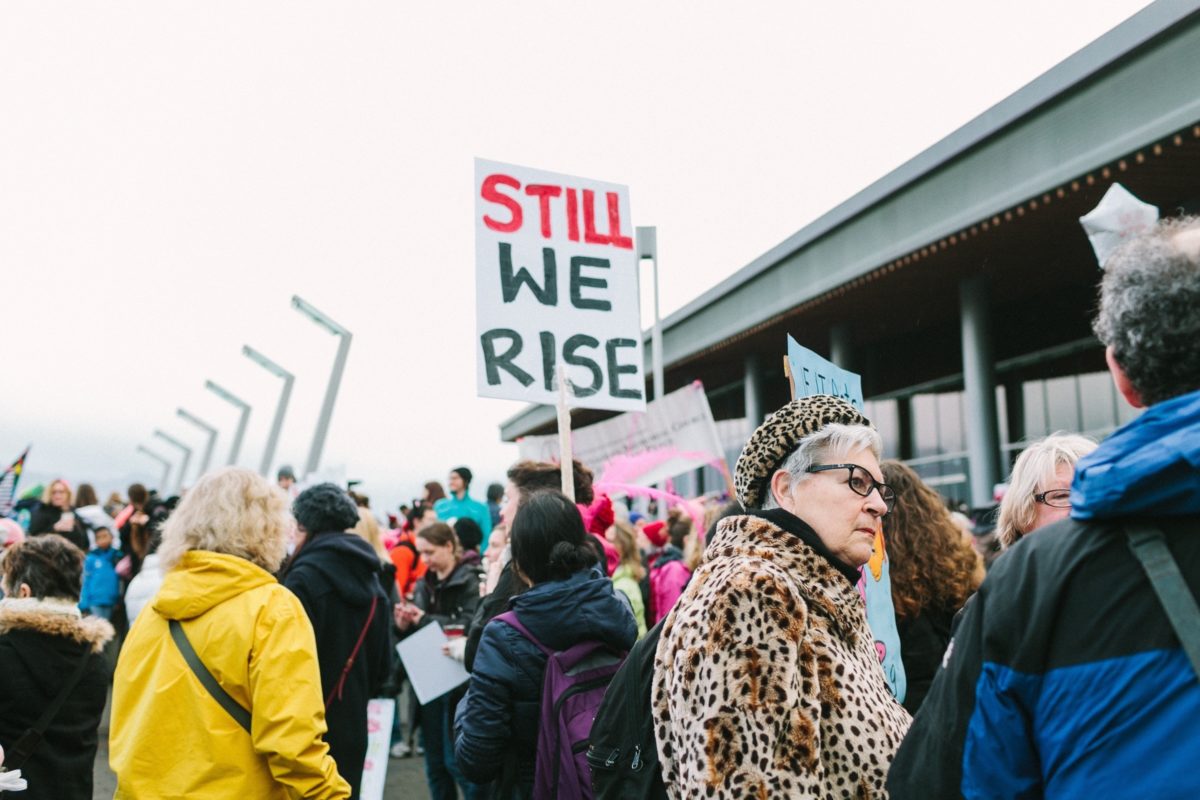 Tags: Anti-SLAPP Laws, EFF, Texas, Texas Citizens Participation Act
Electronic Frontier Foundation (EFF) describes what is at stake if a Texas anti-SLAPP statute gets watered down. This article has been re-posted from EFF’s website.  TAKE ACTION: Tell Texas lawmakers not to throw out free speech protections. ————————– A bill is moving forward in… Read More
Read More

Why We Need Federal Legislation to Protect Public Speech Online