Originally posted on the EFF website. Reposted with permission.

During the pandemic, a dangerous business has prospered: invading students’ privacy with proctoring software and apps. In the last year, we’ve seen universities compel students to download apps that collect their face images, driver’s license data, and network information. Students who want to move forward with their education are sometimes forced to accept being recorded in their own homes and having the footage reviewed for “suspicious” behavior.

Given these invasions, it’s no surprise that students and educators are fighting back against these apps. Last fall, Ian Linkletter, a remote learning specialist at the University of British Columbia, became part of a chorus of critics concerned with this industry.

Now, he’s been sued for speaking out. The outrageous lawsuit—which relies on a bizarre legal theory that linking to publicly viewable videos is copyright infringement—will become an important test of a 2019 British Columbia law passed to defend free speech, the Protection of Public Participation Act, or PPPA.

This isn’t the first time U.S.-based Proctorio has taken a particularly aggressive tack in responding to public criticism. In July, Proctorio CEO Mike Olsen even publicly posted the chat logs of a student who complained about the software’s support, posting the conversation on Reddit, a move he later apologized for.

Shortly after that, Linkletter dove in deep to analyze the software that many students at his university were being forced to adopt, an app called Proctorio. He became concerned about what Proctorio was—and wasn’t—telling students and faculty about how its software works.

In Linkletter’s view, customers and users were not getting the whole story. The software performed all kinds of invasive tracking, like watching for “abnormal” eye movements, head movements, and other behaviors branded suspicious by the company. The invasive tracking and filming were of great concern to Linkletter, who was worried about students being penalized academically on the basis of Proctorio’s analysis.

“I can list a half dozen conditions that would cause your eyes to move differently than other people,” Linkletter said in an interview with EFF. “It’s a really toxic technology if you don’t know how it works.”

In order to make his point clear, Linkletter published some of his criticism on Twitter, where he linked to Proctorio’s own published YouTube videos describing how their software works. In those videos, Proctorio describes its own tracking functions. The videos described functions with titles like “Behaviour Flags,” “Abnormal Head Movement,” and “Record Room.”

Proctorio’s legal attack on Ian Linkletter is meritless. It’s a classic SLAPP, an acronym that stands for Strategic Lawsuit Against Public Participation. Fortunately, British Columbia’s PPPA is a type of “anti-SLAPP” law. This is a type of law that’s being widely adopted throughout U.S. states and also exists in two Canadian provinces. In Canada, anti-SLAPP laws typically allow a defendant to bring an early challenge to the lawsuit against them on the basis that their speech is on a topic of “public interest.”  If the court accepts that characterization, the court shall dismiss the action—unless the plaintiff can prove that their case has substantial merit, the defendant has no valid defense, and that the public interest in allowing the suit to continue outweighs the public’s interest in protecting the expression.  That’s a very high bar for plaintiffs and changes the dynamics of a typical lawsuit dramatically.

Without anti-SLAPP laws, well-funded companies like Proctorio are often able to litigate their critics into silence—even in situations where the critics would have prevailed on the legal merits.

“Cases like this are exactly why anti-SLAPP laws were invented,” said Ren Bucholz, a litigator in Toronto.

Linkletter should prevail here. It isn’t copyright infringement to link to a published video on the open web, and the fact that Proctorio made the video “unlisted” doesn’t change that. Even if Linkletter had copied parts or all of the videos—which he did not—he would have broad fair dealing rights (similar to U.S. “fair use” rights) to criticize the software that has put many UBC students under surveillance in their own homes.

Linkletter had to create a GoFundMe page to pay for much of his legal defense. But Proctorio’s bad behavior has inspired a broad community of people to fight for better student privacy rights, and hundreds of people donated to Linkletter’s defense fund, which raised more than $50,000. And the PPPA gives him a greater chance of getting his fees back.

We hope the PPPA is proven effective in this, one of its first serious tests, and that lawmakers in both the U.S. and Canada adopt laws that prevent such abuses of the litigation system. Meanwhile, Proctorio should cease its efforts to muzzle critics from Vancouver to Ohio. 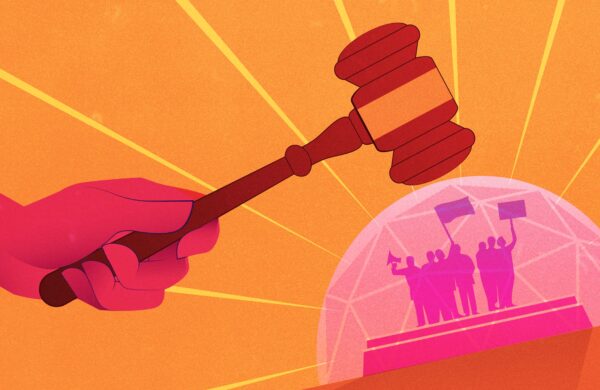 EFF: Why We Can’t Support Modifications to Texas’ Anti-SLAPP Law

The Electronic Frontier Foundation analyzes Big Business’ “reform” of Texas’ anti-SLAPP law. This article is reprinted with permission from 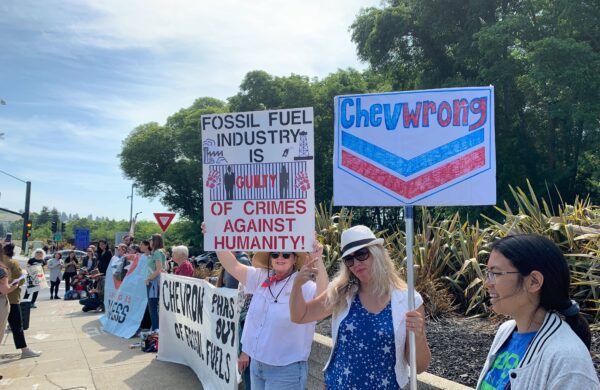 Five shareholder resolutions call on company to end its environmental destruction and rights abuses PRESS RELEASE FOR IMMEDIATE RELEASE May 29, 2019