They were not protestors, but white supremacist, anti-democratic, insurrectionists attacking our country and our people.The organizers of the attack on the U.S. Capitol planned the violence in advance, openly using Twitter and other social media channels. White supremacists joined the attack from across the country. Donald Trump and his allies repeatedly and intentionally stoked the violence.

This shameful event has already caused great damage to our country and our allies overseas. As we pick up the pieces and begin to move America towards a new chapter, we cannot let the behavior of this violent mob affect how protest is viewed in this country.

People have the right to speak truth to power and to protest. They do not have a right to violently storm the Capitol to try to stop the long held tradition of the peaceful transfer of power in this democracy.

Real protest is essential to democracy. It is a safety valve that allows people to express their voices when the government has failed to listen to them. It is a way to ensure that those in power remain accountable to the people. But across the country, our right to protest is already in danger.

In the last few years, we have seen a major crackdown as powerful interests — usually industry groups like the fossil fuel industry — lobby for anti-protest legislation and weaponize the court system to quash legitimate protest with bullying legal tactics. These tactics are used against people who have protested peacefully in defense of their basic human rights, ranging from Indigenous water defenders at Standing Rock in North Dakota to Black Lives Matter activists in Detroit.

Three years ago, 25 nonprofit organizations came together to form the Protect the Protest task force because free speech, freedom of assembly, and peaceful dissent are fundamental pillars of democracy. We have provided legal support when corporations and other powerful interests retaliate against activists, using a range of tactics like“Strategic Lawsuits Against Public Participation” (SLAPPs).

We need to move past this dark period in our history and build back better. To move past January 6th, it is not enough to condemn the mob violence that happened in the U.S. Capitol. We also need our leaders to embrace the important role of real protest in our democracy. 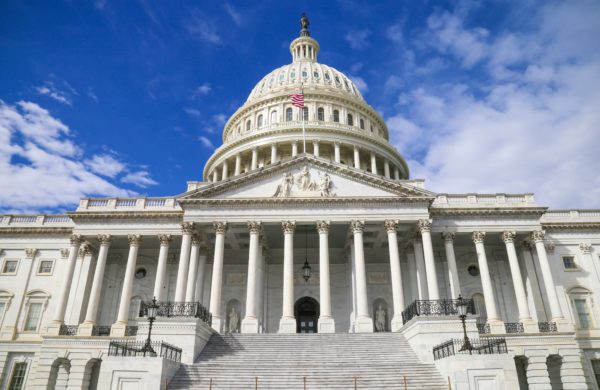 These are not protestors, they are white supremacist, anti-democratic, insurrectionists.

In response to a violent mob attacking the Capitol to interfere with the democratic process of transfer of power, Alison Friedman, Protest